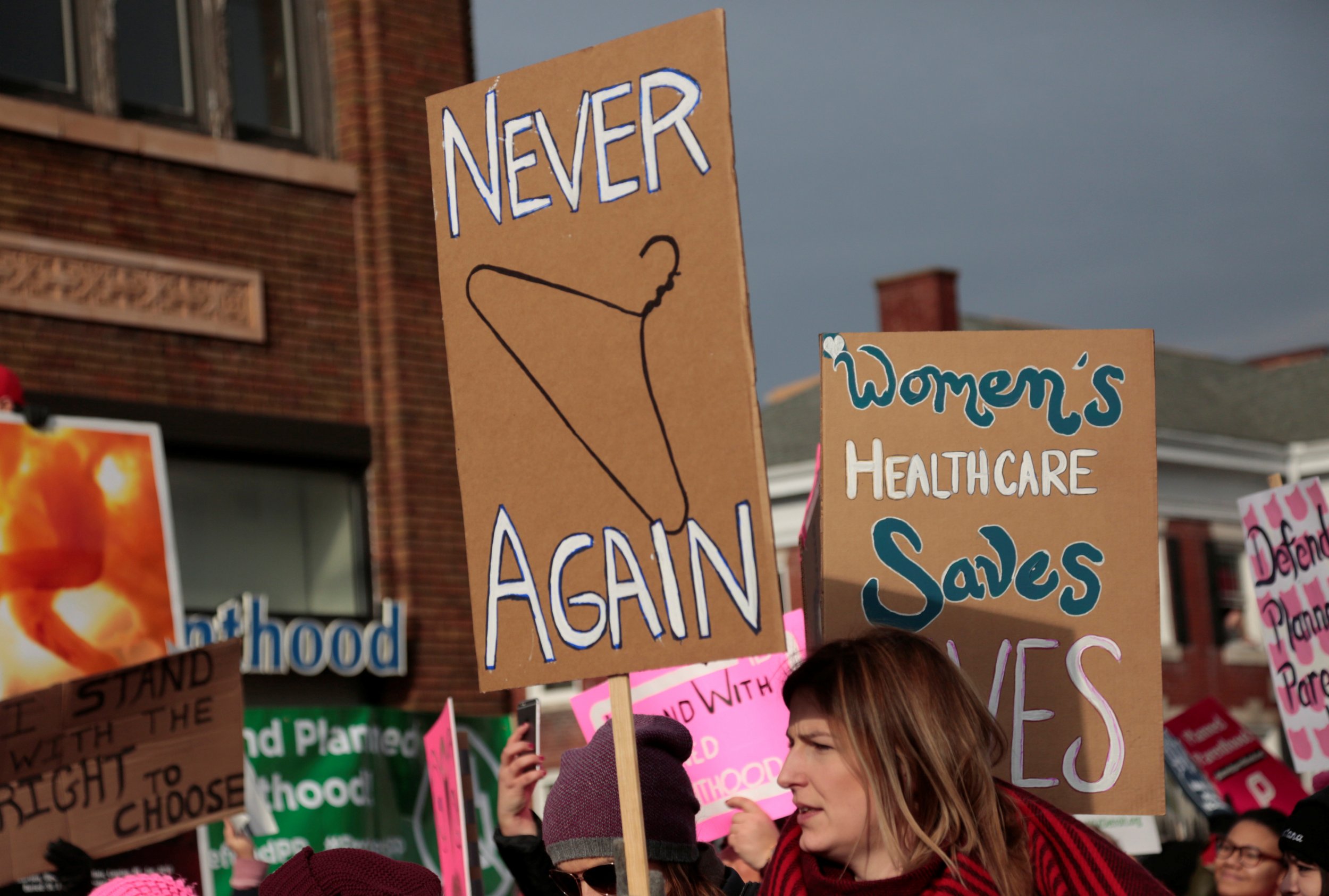 Dozens of women planned to speak about their abortion experiences on the steps of the United States Capitol on Tuesday as the Republican threat to defund Planned Parenthood looms.

This abortion storytelling is designed to “break the stigma around abortion care,” according to the 1 in 3 Campaign, which is part of Advocates for Youth, which is organizing the event. Women responding to ‘increasing efforts to restrict access’ to abortion care in the United States will share stories, including those of abortions performed before the landmark Roe vs. Wade Supreme Court ruling that made abortion legal, Campaign 1 of 3 says.

Nationally, more than 300 bills aimed at restricting access to abortion care were tabled for the 2017 legislative session, according to Rewire. Ohio Senate Bill 127, which bans abortions after 20 weeks, went into effect last week after being signed into law. On Monday, the Texas Senate gave final approval to a ban on dilation and evacuation (D&E), the procedure most commonly used for second-trimester abortions. The Texas Senate also passed a bill on Monday that prevents families from suing doctors if their children are born with birth defects.

Many of those who share their stories will also visit congressional offices to speak with lawmakers. They will seek to “ensure their elected officials understand the personal side of an issue that has become a political pawn,” said the 1 in 3 campaign (so named because it is estimated that one in three women will have an abortion During his life).

Earlier this month, the Congressional Budget Office said funding for Planned Parenthood, which would occur as part of the Republican bill to replace the Affordable Care Act, would not only result in thousands of pregnancies but would increase Medicaid spending by $21 million in the first year. It would also prevent Medicaid-covered patients from getting care at Planned Parenthood, including cancer screenings and STD tests. As it stands, however, neither Medicaid nor any federal funds can be used to pay for abortions in the United States.

One woman who will share her story on Tuesday is Anise Simon, 27, who lives in Durham, North Carolina. When she was in her early twenties, she says she was in a “tumultuous” relationship that evolved into an abusive situation. Simon, a first-generation American from a Caribbean family, was repeatedly discouraged by her African-American partner from contacting law enforcement: “He always told me never to call the cops about of a black man in America, and I believed him. So I didn’t, for a long time.”

She eventually became pregnant and requested an abortion. “I knew I didn’t want to be tied to this man for 18 years,” Simon says. “There are a lot of women in my family who raised kids with abusers and did a really good job, but I wanted the cycle to end with me.”

Simon’s story also includes the frustration of trying to get an abortion in North Carolina. She faced a 24-hour waiting period for the procedure (which has since increased to 72 hours) and a forced ultrasound whose image must be placed in the patient’s field of vision. Simon adds that the doctor had to ask her if she wanted to see him, which she did. Simon says she had to wait several days for her surgical abortion because she couldn’t make an appointment without consulting first. The process was “really arbitrary and controlling” and “was a bit psychologically stressful for me,” Simon says.

While women don’t typically talk much about their abortion experiences, even less is said about what happens after the procedure, says Simon, who is part of We Testify, a group that encourages women to share their stories. of abortion. “No one told me about the aftermath,” she said, recalling her cramps being so painful that she was conscious and unconscious.

“It’s definitely the kind of thing where you’re reminded of the fact that you had to have this procedure,” she says. “You don’t just abort and leave.”

Although nervous about speaking in Washington, Simon says she hopes to change people’s minds about abortion and thinks it’s especially important that “these stories are told by a wide range of storytellers.” .

“Sometimes the people who are having abortions are middle-class white people who are law students, and sometimes there are people of color who are immigrants and in abusive relationships and those stories are just as valid and need to be told,” she said.

She also hopes people realize “there are a lot of complexities” in abortion stories. “Very rarely can a person’s life fit into a box or an easy story, and I think that’s the same with abortion stories. I hope people take away that not all stories are alike. not.”