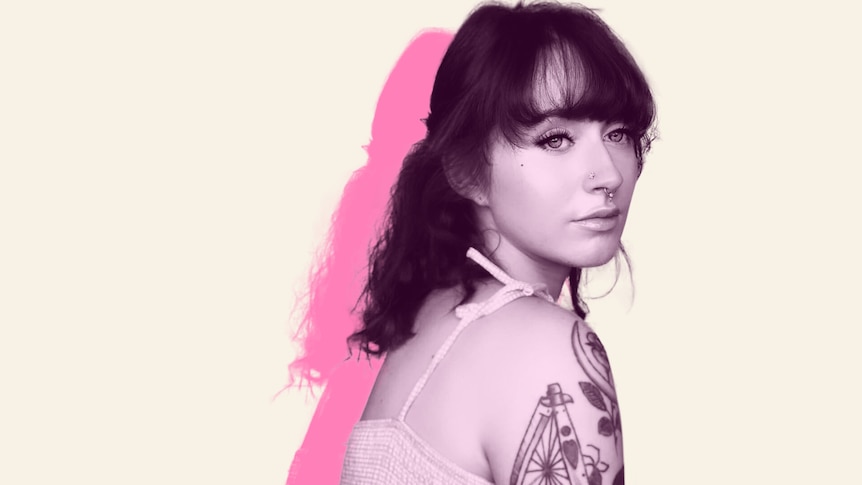 Warning: this story contains a detailed description of an abortion.

Jessica was on the pill when she got pregnant last year.

The 23-year-old saleswoman, who has a toddler, felt she couldn’t look after two children at the time.

“Tome, [an] abortion was a no-brainer…but it was still an absolutely heartbreaking thing to go through,” Jessica says.

When she discovered medical abortion, which involves using pills to induce miscarriage early in pregnancy, it seemed like the perfect option.

“It meant I wouldn’t have to go through this invasive procedure and find care for my son.

“I thought I could do it at home with heating pads. They said it would be like a bad time, I’d be fine.”

Kathleen McNamee, Medical Director of Sexual Health Victoria, says most people will have a “pretty simple” experience with medical abortions, with severe cramping and heavy bleeding.

However, she says people who already have bad period pain or who are close to nine weeks pregnant (the last stage at which you can have treatment discontinued) may have a more severe and painful experience.

She adds that about half of people in these later stages of pregnancy will see the gestational sac they adopted.

Jessica was one of the people who had a severe experience.

These are his words.

My partner and I had only been together for two or three months at the time. And I was raising my son, who was only a year and a half old [old] then.

My finances are stable enough to comfortably raise my son. But adding another child on top of that wouldn’t be comfortable for anyone involved.

My son was also a high risk pregnancy and the labor ended up being extremely traumatic, both physically and mentally. My body needed more time to heal before I could successfully carry another child.

I’ve always been pro-choice, but I never wanted to go through that myself.

ABC Everyday highlights different abortion experiences in Australia. What was yours? Let us know via [email protected]

My partner and I freaked out a bit because if you look at abortion in Australia, the costs are absolutely exorbitant.

I’ve had friends who had medical abortions for what they thought was cheap – like $250 and then $700 for surgery. As a young mom, I thought, “Oh my God, that’s a lot of money.”

I came across Children By Choice and they were able to help me figure out what to do next and found me an affordable doctor – it cost me $8 (with pension card).

When I got there, I felt like I had to hold on. But the doctor was very relaxed and sat down and said, “Take a deep breath. If you need to cry, you can cry.”

And I just cracked. And she gave me tissues, and she told me if COVID wasn’t a thing, she would have given me a hug.

She was very good at telling me about it. I asked how much it would hurt and how much I would bleed – all the questions you’re supposed to ask.

She told me that the first pill would block my pregnancy hormones and then to wait 48 hours for that hormone to be stopped and the growth of the fetus to end.

Then I took the next four pills, which caused the miscarriage. She said there would be some cramping and a bit of nausea, but nothing too serious.

How was the abortion for me

By the time I was able to get the prescription, I was seven weeks and three days pregnant.

I took the first pill and within an hour I had shaky, hot and cold sweats, dizziness. I called [a telehealth service] and they said it was normal.

Then came the vomiting, and it was relentless. It was worse than when I had morning sickness.

I started having cramps. It was almost the exact same pain I felt in early labor. He didn’t let go. I was allowed to take paracetamol, but nothing really helped him.

Then two days later I took the other four pills that you are supposed to put in your cheeks and gums and leave there for 10-20 minutes to dissolve. And then you can drink a glass of water and swallow what’s left.

Again, within an hour, the cramps got 100 times worse. I couldn’t leave the toilet or be without a bowl at all times for vomiting. I was just curled up on the bathroom floor, sobbing. It was horrible. And I was really afraid of throwing up the pills.

My partner took my son for a walk and I managed to get into a bath. I felt like I had to push, and that for me was very strange. All the advice I was given was to do what my body told me to do. So I did. But the fetal sac came out. It didn’t come out in clumps. I was traumatized.

Then the cramping and bleeding continued for about three weeks.

Every doctor I spoke to continued, “Yes, that’s normal.” But I was worried there was an infection or something, and I had just been fired. I ended up telling them I was having a miscarriage instead of an abortion because I wanted them to take me seriously.

Where to find help

Abortion laws and levels of access vary in each state and territory.

Talk to your GP or local sexual health clinic about the options available where you live.

The pain was like a constant reminder of what I had chosen to do. It was like a punishment. And it didn’t stop for three weeks.

Because I made that decision, it made the situation so much worse than when I had a miscarriage and that choice wasn’t mine.

To my sanity, it sounded like a cruel joke, really.

I have since joined a support group to deal with the “forbidden grief” that people who have abortions go through because it is such a shameful form of grief and bereavement.

Abortion is not a one-size-fits-all solution. What might be a good experience for one person can obviously be very difficult for another.

I don’t regret my decision. Abortion is health care, and it’s not something to be ashamed of.

Quotes have been edited for brevity.

ABC Everyday in your inbox

Get our newsletter for the best of ABC Everyday every week