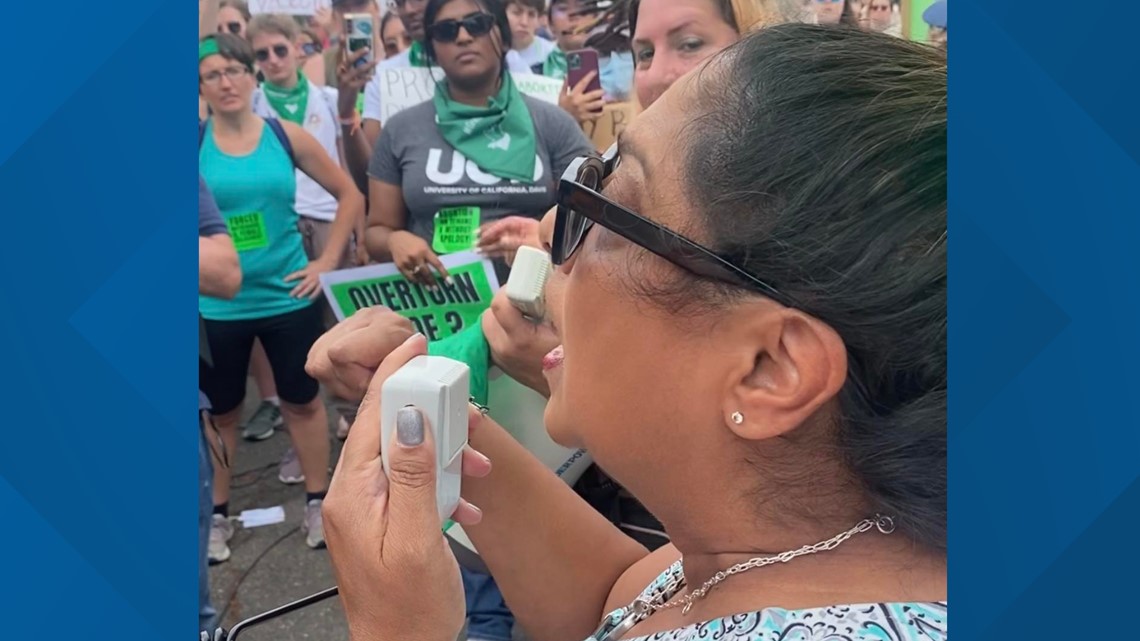 “I had to. It was important. It was time.” Washington Senator Mona Das among heads of state sharing having had abortions in the past.

Other prominent women, including Washington lawmakers, have also revealed their abortion experiences.

Some have shared their stories at abortion rights rallies.

Thousands of people rallied for abortion rights outside the US Supreme Court following the ruling. Among those present was Washington Senator Mona Das (D-47th Legislative District).

Das walked over, grabbed a megaphone and told the crowd that she too had an abortion when she was in her early 20s.

Das said hearing other women leaders in Washington share their abortion stories inspired her to do the same.

“I was tired of the shame,” Das said. “Twenty-seven years carrying this secret. I knew it was my turn to share.

Congresswoman Pramila Jayapal has openly shared that she had an abortion in the past, and recently State Rep. Beth Doglio shared her story at a rally.

“I made the choice to have an abortion. My first son was a baby. My husband’s job required him to work around the clock, so I was mostly on my own and didn’t feel emotionally, mentally or physically capable of handling another child at that time,” said Doglio. “Being a parent is by far the hardest job I’ve ever had.”

Doglio, who is running as a Democratic candidate for the House of Representatives in the 22nd Legislative District and a former Washington state legislator, said she had her second child five years later.

“I know that by making this choice, I was a better mother and a better partner for the three people I love and cherish the most in the world, my two sons and my husband,” Doglio said.

To watch the full interview with Farah Jadran from KING 5 with Das and Doglio on their experiences with abortion and their views on the future of abortion rights, see the video player above.

Washington State Representative Jenny Graham (R-6th Legislative District) said she was an abortion survivor after her mother chose to carry her to term despite a family member urged her to have an abortion. Her mother is a survivor of domestic violence.

Graham told KING 5 that she understands both sides of the pro-life and pro-choice positions.

“There’s such a divide,” Graham said. “You’re either pro-choice or pro-life, but people like me are ‘pro-choice’.”

Graham said he wanted the funding to focus on supporting women during pregnancy and after the birth of their children – “giving women choice”, including putting their child up for adoption. She said the country’s adoption process needs to be “easier”, so people hoping to become parents don’t have to seek international adoptions.

As a child and teenage survivor of sexual assault, Graham said she considered herself lucky because she had not become pregnant at the time.

“I’m lucky that I wasn’t put in this position to make this choice,” Graham said. “It’s a difficult situation.”