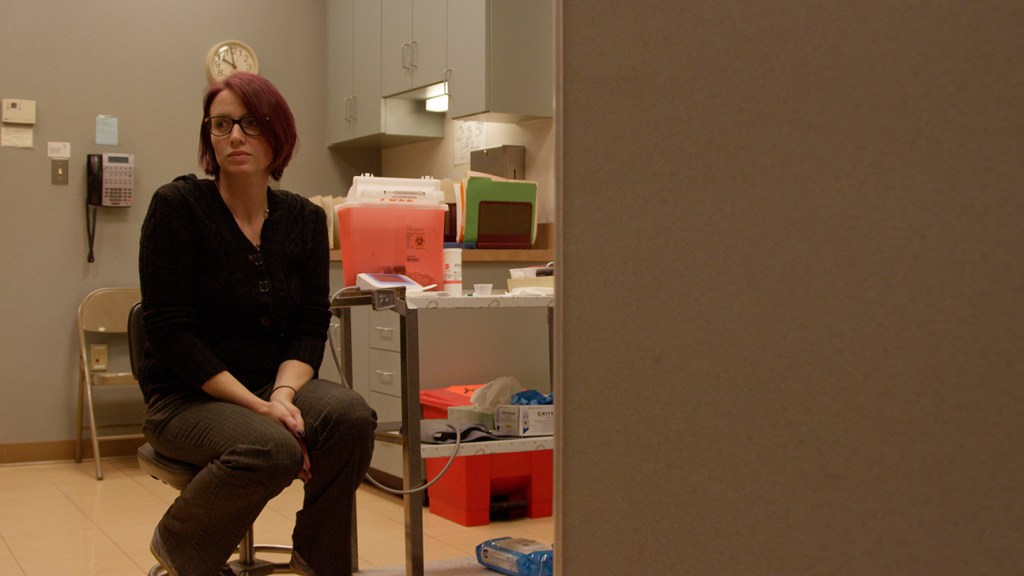 Tracy Dr Oz tragos works to go beyond the us-versus-them simplicity in Abortion: Stories told by women, focusing on personal narrative rather than politics in a humanistic look at an issue that promises to remain divisive for the foreseeable future. Ongoing legal battles over abortion access make the image’s geographic focus timely: Here in Missouri, only one clinic remains that performs abortions, and lawmakers continue to create roadblocks like a 72-hour waiting period for those requesting the intervention. The image shows how difficult these laws are for women while spending time with those who think no difficulty is too much; while its multi-shades of gray approach isn’t new, it will open the eyes of many cable viewers.

Settling in a community allows tragos the chance to single out certain characters, like “Chi Chi,” the clinic’s security guard, or Kathy, the pro-life activist who believes God told her to get in the middle of the Planned Parenthood/abortion debate because that her middle name, Ann, is in the middle of “Planned”. As in Rachel Grady and Heidi Ewing 12th & Delaware (also an HBO doc), the coxswain captures the tense atmosphere on the sidewalks surrounding this clinic, where volunteer escorts escort patients past protesters who loudly plead with them not to terminate their pregnancies.

A thoughtful and moving, if not revolutionary, doc.

But the focus here is more on talking to these patients and those who have been in their shoes, finding outliers – like Sarah, who was told by doctors that the child she was carrying was so deformed that he had no chance of living after birth. – among the most familiar cases, such as the 30-year-old single mother who works 70 to 90 hours a week and knows she cannot support a third baby.

tragos keep an eye out for nuanced positions: the academic pro-lifer who thinks it’s “awful” that others on his side are yelling at clinic visitors or holding banners with graphic photos of destroyed fetuses; the clinic nurse who sings “Jesus Loves Me” with a protester, and doesn’t like being portrayed as an unbeliever. But the doc isn’t as determined to explore philosophical and moral debates as Tony Kaye. lake of fire.

Instead, it puts before us as many first-person stories as possible – so many, in fact, that each one has too little screen time to fully engage us. The idea being, it seems, that the public debate on abortion suffers from the shameful silence of those who have intimate experience of it. It may be hard to believe, at this point in the debate, that many minds can be changed by hearing stories like these. But hearing them certainly makes it harder to caricature or dismiss women who seek abortions as if they all fit the same mold.