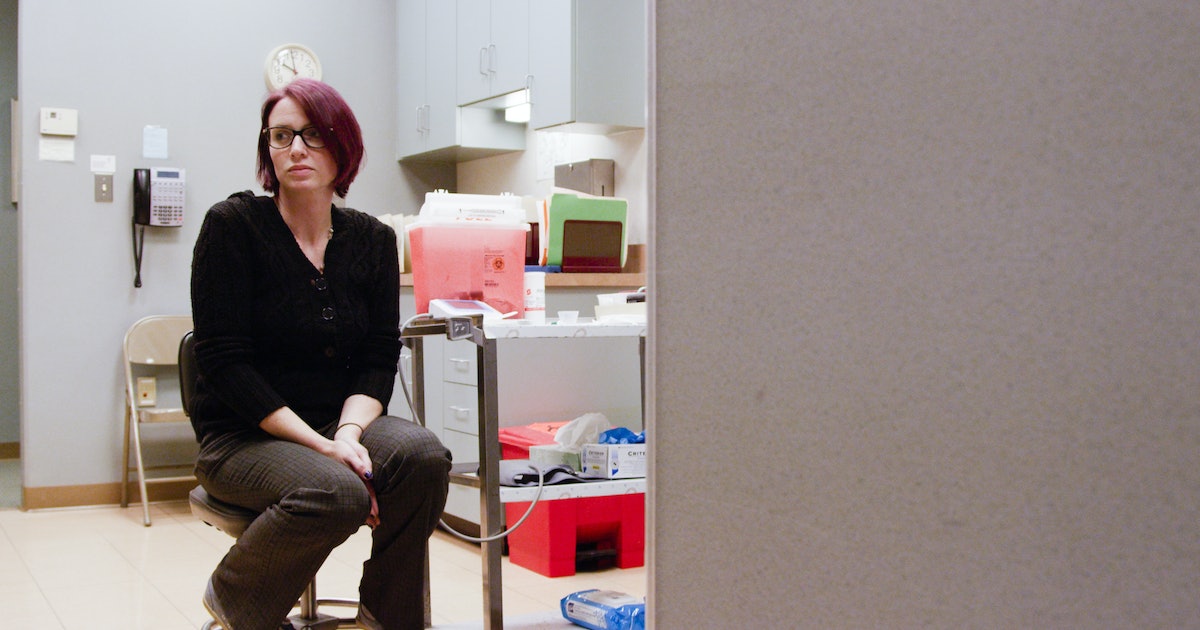 Despite being more common than some people think, abortion is still a taboo subject to talk about – and that’s exactly why women who have appeared on HBO shows Abortion: Women’s Stories To say have chosen to express themselves on the termination of their pregnancy. Set in Missouri, a state where abortion laws are so strict that many women are forced to drive for hours to get the procedure, the documentary depicts the variety of women’s reactions after an abortion – and it provides a fair and balanced display. of emotions. In addition to showing the significant barriers faced by women seeking an abortion, Abortion: Stories told by women also focuses on the human element of having an abortion.

“With this film, my goal was to take a personal, up-close look at patient stories, to help lift the stigma around personal decision-making and abortion care,” said filmmaker Tracy Droz Tragos. in a statement released by Planned Parenthood.

Many Planned Parenthood centers have trained volunteer attendants who help patients get from their car to the health center. They provide much-needed support to women who are often distressed and distracted by protesters who gather around clinics to shout and hold graphic signs designed to shame the women of their choice (even though some of these women are simply at Planned Parenthood to receive affordable health care). As one escort explains, she had an abortion in college and if she hadn’t made a choice, she wouldn’t have been able to complete her studies and later have children when the time was right.

On the other hand, a pro-life woman tells the filmmakers that she became an activist because she had three abortions and now deeply regrets that decision. She asserts that these feelings are universal and all women who have had abortions experience this, stating that, “It’s automatic. I don’t care what anyone says. Everyone feels it.” However, interviews with other participants in the documentary show that it is not so simple.

Having an abortion was an emotional decision for many of them, especially those who wanted a baby but chose to terminate the pregnancy when they learned that the health of the fetus was so poor that the baby would not survive the pregnancy. beyond birth. But others explain that they would not have the life they have now if they had had a baby at the wrong time. Although many pro-lifers are pushing for adoption, carrying the pregnancy to term is not an option for some women – one explains that she works as a waitress and is on her feet all day, so she could not physically carry a baby and work the hours she needs to support herself and her children.

Another woman who was in an abusive relationship when she became pregnant says the abortion saved her life: “If I had had a child with that man, I would have killed myself. I avoided disaster by having an abortion. Another participant said that although she deeply regrets having had unprotected sex, the abortion was the best decision she made in her life. The documentary also depicts a woman who felt pure relief after undergoing the procedure, saying she is completely relieved and eager to get back to her normal life and focus on “happier things”.

Always, Stories told by women is balanced — we have the right to choose and we sometimes regret our decisions. Abortion is not an absolute exception to this rule. The previously mentioned pro-life activist is not the only participant to feel guilty about her abortion. Another woman, who terminated a pregnancy between the two children she already has, said: ‘I hate myself for this now.’ Proving that every decision can bring regret, another participant reluctantly gave birth and thus had to give up a hard-earned basketball scholarship to Kentucky State University. She now says that if she could have started all over again, she would have had an abortion.

According to a 2015 study by researchers at the University of California, San Francisco, 95% of women have no regrets about having an abortion. Yet I give Stories told by women deserves to have shown more than one side of the question.

In the documentary, women who regretted the decision often cited religious beliefs as the reason they feel guilty. So it’s fitting that the last lines come from a clinic worker: “God loves everyone.” Just as there is no right or wrong reason to have an abortion, there is no cookie-cutter reaction a woman should have afterwards – and Stories told by women does a great job of representing that.