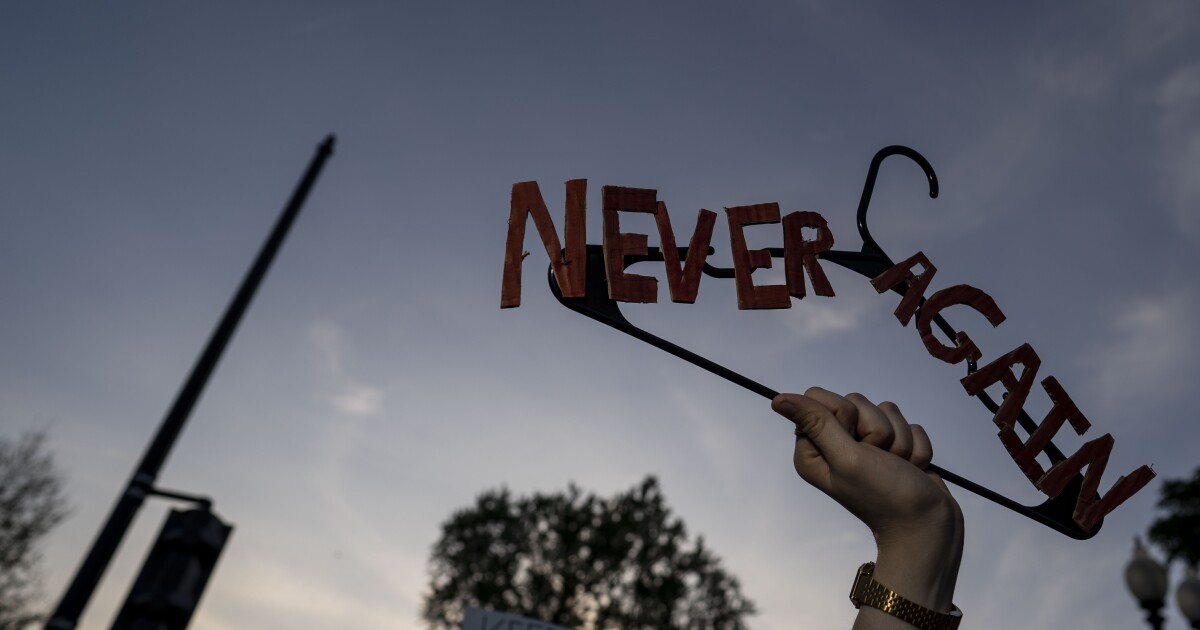 If letters to the editor can be divided into two broad categories, they are these: letters from readers simply sharing their opinion on something and letters from readers sharing their personal experience with the major story of the day. Clearly that major story today is abortion, with a leaked draft opinion by Justice Samuel Alito indicating that the United States Supreme Court will soon strike down Roe v Wade and Planned Parenthood v Casey, two landmark decisions that recognize the constitutional right to an abortion.

Since Alito’s draft opinion was first published on Monday, we’ve received hundreds of abortion-related letters, the vast majority of which are in favor of keeping Roe and Casey. Among these are letters sharing readers’ personal and, in some cases, heartbreaking experiences with abortion, including pre-Roe days before 1973, when abortion was illegal in much of the country.

For the editor: I am 73 years old. When I was 16, I was exploited by an older man who forced me to have sex with him. I found myself pregnant from the encounter. I was afraid my parents would find out.

My best friend at the time emptied her bank account to pay for a clandestine abortion. Once at the “facility” we handed over $500 to someone who supposedly worked for the doctor. After waiting for what seemed like an eternity, my friend and I realized that a doctor wasn’t coming. I was the victim of a scam.

One morning after that, I woke up and found my mom, dad, uncle, and aunt in our living room. They were all furious. The doctor who had administered my pregnancy test showed up at the house, in a misguided attempt to “scare me straight up”. My parents, not knowing how to properly handle the situation, took me to the police station to be lectured by a very stern officer.

It was too much for me to bear. The doctor convinced me to go to a mental hospital owned by his friend, where I lived for over a month.

Still pregnant, I was taken to Tijuana by my compassionate aunt and uncle to have an abortion. As I was alone in a room waiting for the doctor to arrive, three male “assistants” started groping me and sexually assaulting me. I couldn’t defend myself because the anesthesia was starting to take effect.

When I returned to the psychiatric hospital after the abortion, they discovered that I had an infection. I had to be taken to a regular hospital to receive proper treatment.

Eventually, I moved into an apartment that my father owned. Shortly after, he came with provisions for me. It was the first time we had seen each other since that horribly confrontational day when he found out I was pregnant. From that day on, my pregnancy was never mentioned.

As a woman who has experienced a traumatic and dangerous abortion, I fervently wish that no woman ever had to have one. I feel lucky to be alive.

For the editor: On a cold, windy, gray day in March 1986, my mother and I drove my high school daughter 200 miles to the only abortion clinic in the state. The decision was his. The boy and his family took no responsibility.

We didn’t know what to expect when we arrived at the clinic, which was surrounded by anti-abortion protesters carrying signs with grim photographs. As I got out of the car, a man with a plastic doll nailed to a cross and splattered in red paint confronted me. The words he shouted were not Christian.

Inside the clinic, we waited with the other patients. The staff was nice and attentive. When it was time for my daughter’s date, we hugged and kissed her. We watched her walk through the door. My mother broke down. I held her hand while we waited.

The crowded waiting room was full. There were a few very young girls, accompanied by a mother or a grandmother. Some women were alone or with a friend. A woman with two small children sat across from us. I was the only man in the room.

When my daughter’s procedure was completed, we had to fight our way through the chanting protesters again and listen to their insults.

Our long drive back was calm. When we arrived at my mother’s house, my daughter went to bed, and my mother and I held her for a long time. I was sad and outraged by the protesters.

My daughter graduated that spring with honors. She went to college in the fall and eventually graduated. She was a high school teacher and counselor. She founded an organization for the empowerment of girls and organized summer camps for girls.

As busy as she was, she raised three children. All three thrive. My daughter recently returned to school and is now a family therapist.

I have always been proud of her, but never so proud as on that cold day in March 1986.

For the editor: I write to you today particularly outraged by the possible loss of the right to abortion for women.

Shortly after my husband and I got married, and before 1973, I found out I was pregnant. We were just starting our doctoral studies at the University of Wisconsin. We went to Pennsylvania in the dead of winter for an abortion by a real doctor, Dr. Robert Spencer, whose obituary later appeared in Newsweek and Time.

I’ve never regretted it, and of course we had two wonderful grown-up children who know it (as do their children).

For the editor: Shortly after graduating from high school at 17, I woke up to two detectives at the end of my hospital bed. I had just had emergency surgery after a clandestine abortion.

My abortion took place in my boyfriend’s kitchen, where I sat with my feet up on two chairs while the woman who had stolen the instruments from the hospital where she worked performed the illegal abortion.

A week later, I was rushed to the hospital, where I woke up the two detectives at the end of my bed. They informed me that if I didn’t help them put this woman behind bars, I would become a ward of the state until I was 21 and my boyfriend would be sent to prison for child rape.

We both went to court to testify against her.

The thought that 55 years later, women across the country could find themselves in this position sickens me. We cannot allow a woman’s right to choose what happens to her body to be taken away from her.