Our Abortion Stories: “The word ‘freedom’ is hypocrisy when women lose the right to control their own bodies” 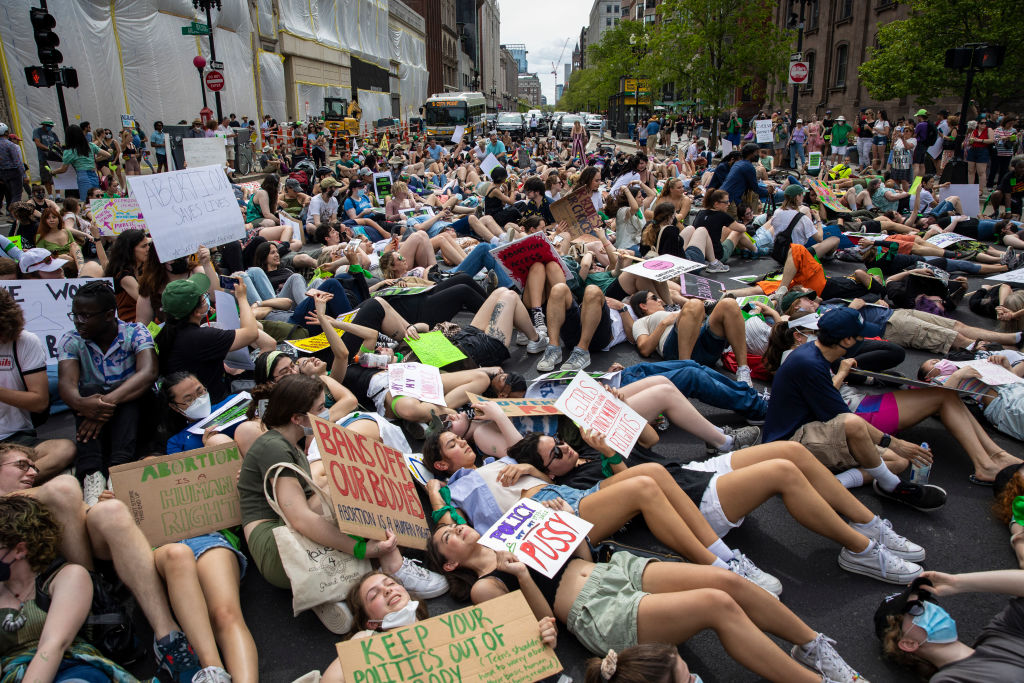 Our Abortion Stories: “The word ‘freedom’ is hypocrisy when women lose the right to control their own bodies”

On June 24, the Supreme Court overturned longstanding precedents of Roe v. Wade, representing the greatest blow to women’s constitutional rights in history. A series of Mrs., Our Abortion Stories, chronicles readers’ experiences of abortion before and afterDeer. Abortions are sought by a wide range of people, for many different reasons. There is no single story. Telling stories from then and now shows how critical abortion has been and continues to be for women and girls.

The fall of deer will put a strain on access to abortion nationwide. We cannot, we must not lose the right to safe and accessible abortion or access to birth control. Share your abortion story via email [email protected]and sign our petition “We had abortions”.

Editor’s Note: These stories have been excerpted and lightly edited for clarity.

“My doctor’s hands were tied. He confirmed a six-week pregnancy and warned: ‘If you’re not coming back for prenatal care, don’t tell me what you’re doing. I can’t know your plans. He couldn’t risk breaking the law knowing if I was even thinking about an abortion.

“After a desperate conversation, my boyfriend agreed to find and pay someone to perform an illegal abortion. He found a licensed professional nurse.

“She asked someone to deliver a brown paper bag of dry leaves to make into tea and drink before her visit. When she arrived and examined me, she said, ‘Well, the tea did something at least. Your cervix opens very well. I felt the cold catheter against my warm body as she pushed the tube deeper into me. When she finished, she told me that I was going to have heavy periods for several days and that the catheter would come out on its own.

“I bled profusely overnight and all weekend. I remember lying on the bathroom floor for relief from the cool tiles on my clammy skin as I bled and passed the catheter. I drifted in and out of consciousness.

“On Monday, an ambulance took me to the county hospital, where I was bombarded with a barrage of questions: ‘What did you do?’

“By law, they weren’t allowed to stop my bleeding, perform a D&C, if there was any chance I was still pregnant.

“A police guard was posted outside the door of my hospital. The men in white always started with ‘What have you done?’ when they woke me up. I have always denied everything. They told me they had to let me bleed until a stain of white cloth was gone.

“Blood transfusions were given when it was clear I couldn’t do it. As the donor blood ran through my veins, my cramps intensified and a piece of white tissue the size of a dime was expelled. A doctor asked, “Tell me what you did!”

“While preparing to perform my D&C, he said, ‘No anesthesia; you don’t need medicine.

“My mother had just had a heart attack.

“My boyfriend’s draft number was 8.

“Two years earlier, my sister had become pregnant and was forcibly placed in a Baptist home for single mothers. She was forced to give up her baby.

“My father was an inflexible man of great morality.

“I took a bus to meet a sleazy doctor, deep in Detroit.

“No exam, no anesthesia.

“I took the bus home where I started hemorrhaging.

“I called my boyfriend who drove me to the emergency room.

“They contacted my father.

“My relationship with him was destroyed.

“I don’t know if he ever told my mum who was heavily medicated and recovering from a heart attack.

“I was damaged, emotionally and physically, in every possible way.

“Don’t let any girl or woman go through something like this, ever again.

On the day of my appointment, there were two dozen demonstrators in front. They said I was going to hell. I thought, go? I am already here.

“I turned 19. I had never dated anyone because I was chubby and clumsy.

“One night I went to a going away party for a colleague. It didn’t take much to get me drunk. Two beers and I could barely walk.

“My friend insisted that I let his friend Ken take me home. “He’s a super nice guy, he’s studying to be a nurse.” I gave in; it would be a long walk and I was terrified of blowing myself up for public drunkenness.

“Ken didn’t take me home. Instead, he drove me five miles to the gravel yard where he raped and sodomized me. I was a virgin.

“When he was done he pushed me out of the car and drove off. I stumbled back into town, in pitch black, bleeding and in pain. The people I lived with accused me of making it up to get attention, so I went to the ER and had a rape kit made. My vagina needed stitches. The police made a report, but I never heard from them again.

“Later I realized I was pregnant. I had terrible nightmares. I didn’t want to be touched by anyone. I was reliving that night every time I closed my eyes. A colleague helped me to find a clinic and her mother lent me money to terminate the pregnancy. I was scared and ashamed. I was numb.

“On the day of my appointment, there were two dozen protesters in front. They said I was going to hell. I thought, go? I am already here. A guy threw a bottle of beer at the door and hit a pregnant woman on her way to her prenatal exam.

“The nurses were lovely, but I don’t remember anything about the actual procedure. At home, I called my mother hoping for support. I was so sad. She told me that I murdered her grandson and that she would never forgive me.

“Because of my right to choose, I am where I am today. My daughter was born from the union of two people who really adored each other. I have two beautiful grandchildren and a loving, brilliant husband. I have an amazing life. I know I did the right thing. I knew I could never look into those eyes and not remember.

“Nearly 40 years later, I wonder how different my life would be if SCOTUS had betrayed us like they did a few days ago. It’s too nauseating to even comprehend.

I don’t feel the slightest pang of guilt about this abortion, because I’m not guilty of anything. I’m not ashamed of it either, because it’s not shameful.

“In 1984 I had a first trimester abortion. My birth control failed me. I was completely unprepared to be a mother. I needed to take the steps in my life to become the person and the mother that I finally became. By ending this pregnancy, I was able to give my children the life that I wanted them to have. There is no doubt in my mind, then and now, what was The good choice.

“I don’t feel the slightest pang of guilt about this abortion, because I’m not guilty of anything. I’m not ashamed of it either, because it’s not shameful. Sometimes I feel sad, but then I think of my daughter, my son, my son-in-law, my grandson and my granddaughter. Happiness overwhelms me.

“When supported by a partner, pregnancy can be a joyful wonder. When it’s not wanted, it can be absolutely awful. But it’s nobody’s business what this woman decides to do to protect her well-being or that of her family.

“I do not accept the religious beliefs that motivate bans and restrictions on early abortions. I have my own beliefs. In this country, it’s my right. The word ‘freedom’ is hypocrisy when women and girls lose the right and ability to control their own bodies. It is intolerable that a religious ideology is being pushed down everyone’s throats, entirely against their will and against their values ​​and beliefs.

“Millions of women and girls face the terrible decision of what to do when they become unintended pregnant. Think of how many happy families would have been destroyed or never existed if women and girls who had abortions were deprived of this right and freedom to decide. Think how many members of our family wouldn’t exist if those of us who chose abortion over having a baby at the wrong time or from the wrong person had been forced to have that unwanted baby instead.

“I am 65 years old. Across the country, women and girls have the right to choose abortion to end an unwanted pregnancy safely and legally from the age of 15. Millions of people have used this right to save their lives and those of their families. I hope others of you who feel the same outrage will take action, as I plan to do, to bring that right and freedom back to every woman and girl in America.

Sign and share Mrs. relaunched the “We had abortions” petition– whether you have had an abortion yourself or simply stand in solidarity with those who have – to let the Supreme Court, Congress and the White House know: we will not abandon the right to a safe abortion, legal and accessible.