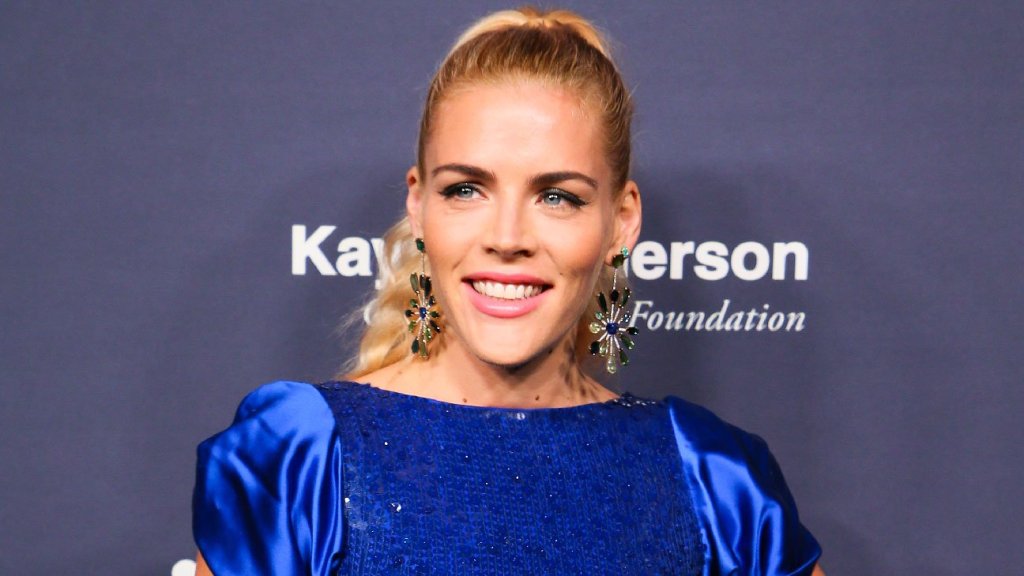 Just a week after Busy Philipps opened up about her own abortion on her late-night E! show, the TV personality, actress and influencer on Wednesday asked women to share theirs under the hashtag #YouKnowMe, sparking more a thousand responses.

“1 in 4 women has an abortion. A lot of people think they don’t know someone who does, but #you know me,” Philipps written early Wednesday. “So let’s do this: If you’re the 1 in 4 too, let’s share it and start ending the shame. Use #youknowme and share your truth.

Director Miranda July, actress Cynthia Nixon, actress Alia Shawkat and writer Jessica Valenti were among those who answered Philipps’ call on Twitter. “I was 27. My boyfriend at the time, who was a big ‘time puller’, thought we should consider having it and I said something like DO YOU HAVE ANY IDEA OF HOW MUCH AM ABOUT TO??2 years later I started shooting my first feature #you know me,” July wrote.

“I am here and able to mother my amazing daughter through the health and life saving abortion I had when she was three. #YouKnowMe,” Valenti added.

“Nearly 60 years ago, my mother had an illegal abortion. It was too painful for her to talk about, but she made sure I knew it happened,” Nixon wrote. “In 2010 my wife had a legal abortion after we found out her pregnancy was not viable. We cannot and will not return.

Although Philipps first wrote about her abortion at age 15 in her memoir It will only hurt a littlethe story received wide attention when the late night host leaked the story on busy tonight may’s beginning. Citing Georgia’s so-called ‘fetal heartbeat’ abortion bill, signed into law last week, Philipps told his audience, “The statistic is that one in four women will have an abortion before birth. age of 45. This statistic sometimes surprises people, and maybe you’re sitting there thinking, ‘I don’t know a woman who would have an abortion.’ Well, you know me.” She added, as she cried, “I had an abortion when I was 15, and I’m telling you this because I’m really, really scared for women and girls. of this whole country. And I think we all need to talk more and share our stories more.

In an interview with The New York Times On Wednesday, Philipps said she was inspired to share her prompt in part by the #MeToo movement: “Part of what I think has been so successful in motivating people and men on board with the #MeToo movement was to hear from women about their personal stories,” she said. “The anti-abortion people in this country are so vocal, and for all those reasons, I think women have been silent. And I thought, well, maybe there’s value in sharing We must be as loud as them, but with the truth.

On TBS’ Full frontal, Samantha Bee gave a class of “sex education” to senators after the announcement that Alabama had adopted a near total ban on abortion. Watch it here and read some of the stories shared on the #YouKnowMe hashtag below.

In 2012, I had an abortion. It was one of the hardest decisions I’ve ever had to make. I still think about it to this day. But these truths do not make me regret my decision. It was the right choice for me at this point in my life. I don’t have a single doubt about it. #You know me

#You know me– I’m from Mississippi, I live in California, I’m married, I have 2 children and I had an abortion.

If I was still at home down south, I might not have been able to get the abortion I wanted and needed.

I was 27 years old. My boyfriend at the time, who was passionate about “removal on time”, thought we should consider having it and I said something like DO YOU HAVE ANY IDEA WHAT I’M ON THE POINT TO DO? ? 2 years later, I started shooting my first feature film. #you know me https://t.co/AA6kiKKz0v

I was 20 and my partner at the time wasn’t out loud in the US because he’s Palestinian. I wasn’t ready to raise a child alone or be a mother #You know me

Almost 60 years ago, my mother had an illegal abortion. It was too painful for her to talk about, but she made sure I knew it had happened. In 2010 my wife had a legal abortion after we found out her pregnancy was not viable. We cannot and will not return. #You know me #YouKnowUs

I am here and able to mother my amazing daughter through the health and life saving abortion I had when she was three years old. #You know me

Someone you love had an abortion. I am one of them. I was a teenager and not ready. We shouldn’t have to reveal our very personal choices, yet here we are. #you know me https://t.co/pIF9nagYsA

My son exists because when I needed an abortion in the middle of my first (much-wanted) pregnancy, I had access to safe and legal abortion. Without it, I most likely would have remained sterile, or worse. #You know me pic.twitter.com/4l6JlCKYtw

Alive today because I had an abortion. #you know me #WomensRightsAreHumanRights https://t.co/7mLqOqo33M

In 2012 I had an abortion, I was in no way ready to have a child I am 1 in 4 and #You know me. After the procedure I cried immediately, it was one of the hardest decisions to make, but I wouldn’t have been able to grow like I have for the past 7 years if I hadn’t taken this decision https://t.co/nZ6kTZVd6e

I was 18, had no birth control education and was in an abusive relationship. And then I was 23 (on the pill) and my now-husband had just admitted he was an alcoholic. Compromising his sobriety was not an option. These are two decisions for which I have no regrets. #you know me

I took the Plan B pill 3 times after using a botched condom in my early twenties. Once, I was a student at Stanford and the doctor at the university refused to give me the pill at first, until I told him that if I got pregnant, I would definitely have an abortion. #you know me

I was 19 and in my second year of college. I knew I had degrees to complete.

I’m a public school teacher in the Bronx.

My life of service and activism might not have been the same.

I am grateful to have lived in New York and to have had access to it.

I had a second trimester abortion. Our son never formed an airway. If he had survived the birth, he would have been brain dead. It wasn’t the life I wanted for him. It was the first real parenting decision I ever made. I am neither a monster nor a criminal. #you know me