A Texas Abortion Procedure Ban Is Unnecessary, Theatrical, and Harmful to Women 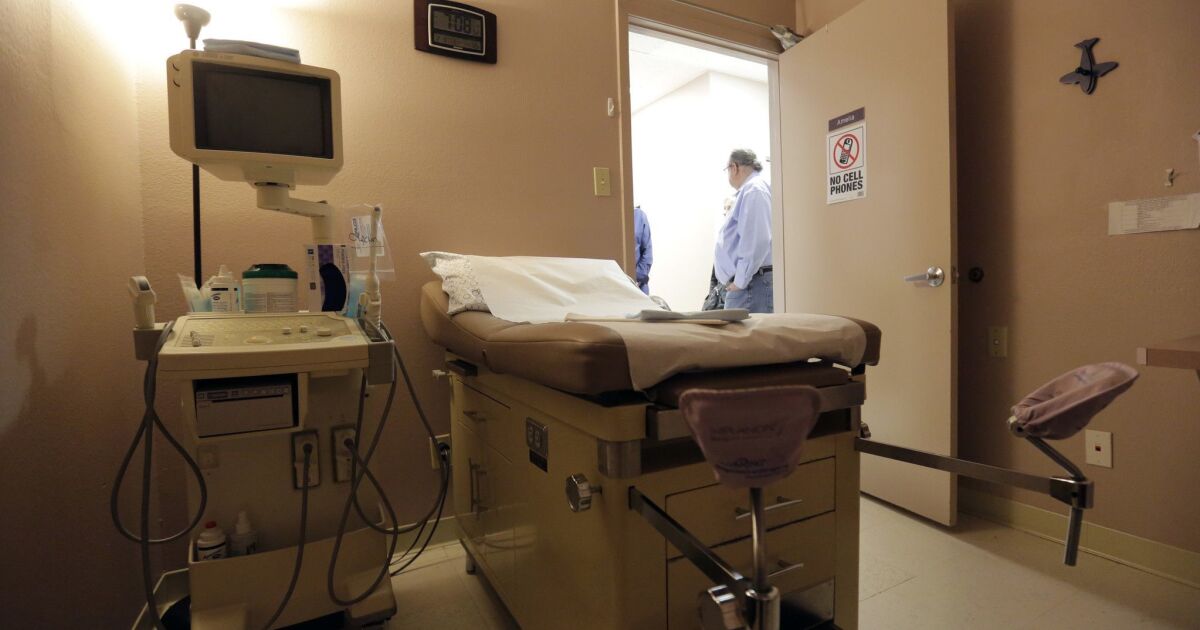 A Texas Abortion Procedure Ban Is Unnecessary, Theatrical, and Harmful to Women

No matter how often a woman’s constitutional right to an abortion is upheld by federal courts, there’s a state legislature somewhere trying to stop her from having one. Attacks on abortion rights have come in waves, as state legislatures dominated by anti-abortion lawmakers simultaneously pursue the same new legal schemes until they are blocked by a federal judge, to whom case they change tactics and try again.

More recently, abortion opponents have shifted from seeking restrictions ostensibly designed to protect a pregnant woman’s health – such as requiring abortion clinics to be outfitted like day surgery centers, or requiring doctors who perform abortions have admitting privileges at a nearby hospital – to those who focus on the foetus. For example, Texas and a number of other states have imposed tough new restrictions on the dilation and evacuation, or D&E, procedure, the safest and most common second-trimester abortion, calling it a “abortion by dismemberment” and describing the procedure in gruesome detail.

Opponents of the Texas law sued, and U.S. District Court Judge Lee Yeakel rightly saw through the law’s theater and enjoined it permanently. Yeakel said the measure placed an undue burden on a woman exercising her right to a second-trimester abortion. The State of Texas appealed this decision; the 5thand The Circuit Court of Appeals judges who recently heard the case should also see it for what it is and affirm Yeakel’s decision.

The Texas state legislature has been relentless in its efforts to prevent women from exercising their legal right to abortion.

According to Texas Atty. General Ken Paxton, the law is a response to the “brutality” of the D&E procedure. Yet there is no legitimate medical evidence that anything brutal is going on here. All mainstream medical experts have concluded that the fetus at this stage lacks the neurological ability to feel pain. (Even the law does not claim that this is the case.) The real intention of this law is to shock the public with its description of how the remains of an aborted fetus are removed from a woman’s body, and thus weaken support for abortion rights.

Granted, the law — part of a set of unnecessary abortion restrictions enacted in 2017 — allows doctors to perform a D&E if they first stop the fetus’s heart by injecting the fetus with a deadly drug. utero or by cutting the umbilical cord. But it’s not as simple as it sounds, and it unnecessarily puts the mother at risk.

The doctor might inject digoxin or potassium chloride through a woman’s abdomen into the fetus. But the injections can be technically difficult, painful, risky and, in the case of digoxin, must be given a day before the abortion, which means an extra trip to the doctor. Potassium chloride is also dangerous for a woman if it is inadvertently injected into her circulatory system. And umbilical cord transection, which involves passing instruments through the cervix to cut the thin cord, risks causing blood loss and infection in the woman, as well as damage to her uterus.

Enter the Fray: First takes the news of the minute from LA Times Opinion »

These procedures would require abortion providers to undergo so much additional training that some said they would simply stop performing second-trimester abortions. Yeakel found these extra steps to be the very definition of substantial obstacles to a woman’s right to an abortion. The judge also noted that an earlier U.S. Supreme Court decision upholding a federal ban on so-called partial-birth abortion specifically pointed to the D&E procedure as an acceptable alternative.

Texas is one of nine states with nearly identical bans on D&E. In the seven states where the laws have been challenged in court, all have been blocked, either permanently or until the case is heard. In Alabama, the state government appealed its permanent injunction and lost in appeals court. The state should ask the Supreme Court to take up the matter.

The Texas state legislature has been relentless in its efforts to prevent women from exercising their legal right to abortion. When the Supreme Court rejected onerous state requirements for abortion clinics and providers in 2016, the state house kept coming up with other restrictions, both absurd (such as requiring that the fetal remains be buried or cremated, which was also cancelled) and serious. The 5th Circuit should consider a restriction on this common and safe second-trimester procedure to be onerous and illegal, and uphold the injunction.